“Life’s too short to spend too much time doing something you don’t love. So, I quit.” 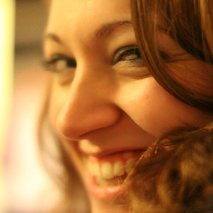 After going through a really tough time, Liz Hardy decided that life is too short to do something you don’t love. So, after she graduated from university she started her own business and has recently celebrated its first birthday! Read her inspiring story below.

Tell us a little bit about yourself and your business…

Hi, my name’s Liz, and I’m a 24 year old businesswoman based in the North East of England. I’m a copywriter, proof-reader, editor and speaker, which is, admittedly, a pretty long job title. I initially started out with the just the first 3, but through the people I’ve met and the things I’ve done over the last 18 months, I’ve discovered a real passion for public speaking and I’d love to build a career inspiring people of all ages to think about themselves differently and make the best of themselves by talking about my own personal journey and the lessons I’ve learnt from those around me along the way. Adding ‘speaker’ onto my business card was an exciting step, and I hope to be able to move it to the front of the job description in the next year or so, whilst still doing the writing side of things as well.

When I’m not doing business-related stuff I play badminton and kickbox. I also manage to fit in a fairly active social life, and I love the flexibility of being my own boss as it means I can go for lunch or coffee with friends during the day and make up the hours in the evening or over the weekend if I need to.

What was your main motivation behind starting your business?

I started really identifying business ideas during an awful industrial placement between my 2nd and 3rd years at university. I was working with international suppliers and customers, and found that many of their translated websites simply didn’t read ‘right’ in English. The job was awful, I didn’t get on with the owner/manager, I felt disrespected and patronised, and I ultimately wasn’t happy. During the same period my father was seriously ill, spending long periods of time in hospital undergoing chemotherapy, with the ultimate goal being a successful bone marrow transplant. Unfortunately, after his 4th cycle of intensive chemo his body had had enough and he passed away in September 2008. I stuck it out in my awful job for a few more months, but eventually followed my dad’s advice: ‘life’s too short to spend too much time doing something you don’t love’. So, I quit. I went travelling and managed to enjoy the rest of my year before returning to university. I’d been back in 3rd year for less than a month when my grandad passed away, sending me back to the beginning of a grieving process which I think I had denied myself the first time round. I somehow got through the first term of my final year, but I remember very little of it. I think my mind essentially went into ‘coping mode’. I realised in December that year that I was going to struggle to complete my degree if I didn’t seek help, so I threw myself a million miles out of my comfort zone and went to see a bereavement counsellor (I’ve never been much of a talker; people came to me with their problems; it was rare that I would do the same the other way around).

Over the next few months I felt myself coming back. I completed my degree with the result I had always wanted, and continued to identify potential business ideas. Just as I had finished my final exams we found out that one of our close friends had suddenly passed away. At this point, all I could think was of my dad’s words. Life’s too short. I had ideas, I had skills, I was going to do this. Since then I have been networking, exploring business options and undertaking additional training. I registered my business in January 2011 so I’ve just turned 1 and things feel great. I might not be making the millions yet, but I’m having the time of my life, and I know I’d be making my dad in particular very proud :-)

What’s a day in the life of you like?

A day in the life… Well, in 2011 I’m pretty sure I averaged more than 1 networking event every week. I love to meet new people in all walks of life, and I’m very active of social networking sites, particularly twitter.

I write, I edit, I research, I network, I learn, I play badminton, I kickbox, and I manage to fit in a bit of a social life as well. I’m busy-busy-busy, but I love it.

What challenges have you faced?

It’s been a massive learning curve throughout. Despite studying enterprise and business at uni, the real world is a very different place.

I also had to overcome my own hesitations and shyness. I’ve always been ‘the fat girl’ and as a result have been pretty quiet for most of my life. Apparently not any more!!

How have you overcome the challenges?

Networking was one of the biggest challenges for me. Like many others, the thought of walking into a room full of strangers and being expected to talk to them used to terrify me. I started networking on my own as soon as I graduated, and really took the bull by the horns. It’s an approach I’ve taken several times since. When something scares me I now just throw myself in at the deep end. With networking and with public speaking I’ve found that the things that scare me are often the things I most enjoy. I love the adrenalin of being on a stage, and the satisfaction of making a new contact or being able to make a useful introduction for someone. I am now at a point where I am becoming well known around the region, and that makes me feel very proud.

What is your biggest achievement so far?

My biggest achievements to date have been being nominated for enterprise award by my old university, and over-coming my stage fright at a speaking training day, where I opened up my life to an audience and managed to leave a huge amount of emotional baggage on the stage as I walked off it. There’s a blog post about it somewhere. Message me if you’d like to read the story and I’ll find it for you.

How do you balance work with relaxation?

I love my work and I enjoy working under the pressure of deadlines. When I do need to relax, however, I play sport of treat myself to an acupuncture session – my favourite therapy (after popping bubble-wrap, obviously!).

How do you keep motivated through difficult times?

I have an amazing network of friends and family around me, including a lot of business friends who have been through the tough times already. I also have the influence of my father behind me, and the desire to make him proud, especially as we had jokingly talked about going into business together when he retired. I know if he was still around he’d have made my business his little project, although if he was still here I’m not sure I’d be on this path just yet.

The people I meet.

People who go out and do what makes them happy.

What advice would you give to other entrepreneurs?

It’s never as scary as you think it’s going to be. If it was, other people wouldn’t be doing it on a daily basis!

‘We’re here for a good time, not for a long time.’ – Colin Mcrae

“Sometimes you just have to put one foot in front of the other, even though you don’t know where you’re going.”

“Do what makes you happy; be with those who make you smile; laugh as much as you breathe; and love as long as you live.”

“Life’s too short to be just ordinary”

Do you have a business philosophy?

Dream a little dream… dream it bigger… achieve it.

What’s your goal for the next year?

In the next year I want to be speaking on a regular basis, at schools, colleges and universities; to community groups; at networking workshops and elsewhere. I want to continue to get my face known and respected around the region and further afield, and I want to learn as much as I did last year, about myself, about business and about the world around me.

Copyright © 2021 Female Entrepreneur Association. Inspiring female entrepreneurs from around the world!
I NEED HELP WITH
We're working on improving our site search and currently you can search for posts and pages.