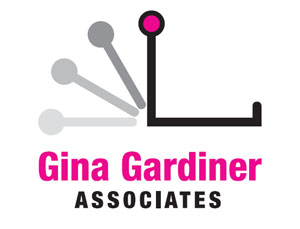 After being the Principle of a school for 20 years, Gina Gardiner had to leave due to her deteriorating health. However, she decided she didn’t want to retire and so set up her own business, Gina Gardiner Associates, which helps people to access their inner resourcefulness, so they can make empowered choices and  sustain those changes over time.

Check out her latest book Chariots of Fire is now available to buy, see below for more details.

Read her inspiring story below.

What made you decide to start your own business?

I became a wheelchair user in 1987 as my mobility had deteriorated following a bad fall when skiing. This resulted in temporary paralysis down one side and slowly deteriorating mobility until I had to use a wheelchair to work in 1989. I became the youngest Principle in my district in 1984 and continued to run the school until October 2004.

I continued to run an extremely successful school from a wheelchair. It required a complete rethink about my style of management and the development of people as I was unable to access half of the classrooms and only able to access the doorway in the other half.

The result was a structured and sequential training programme for all staff which was recognized as being innovative and exemplary by Investors In People. The impact of this was a highly effective school where empowerment of pupils, staff and parents was at the heart of the school’s success. The school was recognized as one of the “Best Schools” in the UK twice following exceptionally good Inspection results. It was also sited on Her Majesties Inspectors “Honours list”. It became a Beacon School and I worked with large numbers of schools and individuals on the development of leadership, across the range from emergent to Senior Leaders. I also worked as an Ofsted Inspector, a trainer for The National College Of Leadership and a Workforce Reform Advisor for the DFES.

My health deteriorated to the point where I had to make significant changes in my work load. I left Headship in October 2004.

I was not ready to retire and give up my passion for empowering others. Since then my focus has continued to be personal and organizational empowerment across a wide range of contexts. My work is focused on offering people the opportunity to consider the range of choices they have. I help them to access their inner resourcefulness which helps them to make empowered choices and to sustain those changes over time.

My mobility has slowly improved so that I can manage around the house and for short distances with out the wheelchair. Progress is ongoing.

What have been the biggest challenges so far?

Creating the contacts and opportunities in an entirely new working environment.

Working outside a large institution has in itself been a challenge. I had a fantastic team of people each with a wide range of experience and expertise I could call upon. Creating a business out of nothing was exciting but never the less is an ongoing challenge.

Sales and marketing. The work itself is a real pleasure. It is all the rest which was a challenge.

How did you overcome these challenges?

Planning strategically, using mistakes as a learning opportunity, asking for help, going on lots of courses, sheer persistence and lots of maltesers

What advice would you give to other business owners?

Be clear about what success looks like for you. Remember that most people over estimate what they can do in a day, a week a month but under estimate what they can achieve over a year or over five so dream big but break the steps down into manageable chunks. Consistent action over time can achieve great things, the grand gesture which fizzles out doesn’t get very far.

Plan but remember that it doesn’t need to be perfect. Good enough will do.

Be flexible and open to opportunities which can pop up.

Be systematic – follow up and follow through. There is no point in networking if you don’t take the actions to create a real relationship after the meeting.

You have three commodities at your disposal: time, energy and money. You can only spend them once so do it mindfully.

Work with a coach – I have two at the moment for different things. They are great for clarifying your thinking, trying ideas out and for holding you accountable.

Look after your health, without it you cannot succeed in the long term.

My dad, Ghandi, Martin Luther King, Churchill, Jan Elfline, Nelson Mandela, Sir Alan Sugar, the guy who did the fire walk behind me – a double amputee he did it on his hands, Anthony Robbins, Art Giser

Get in touch with Gina…