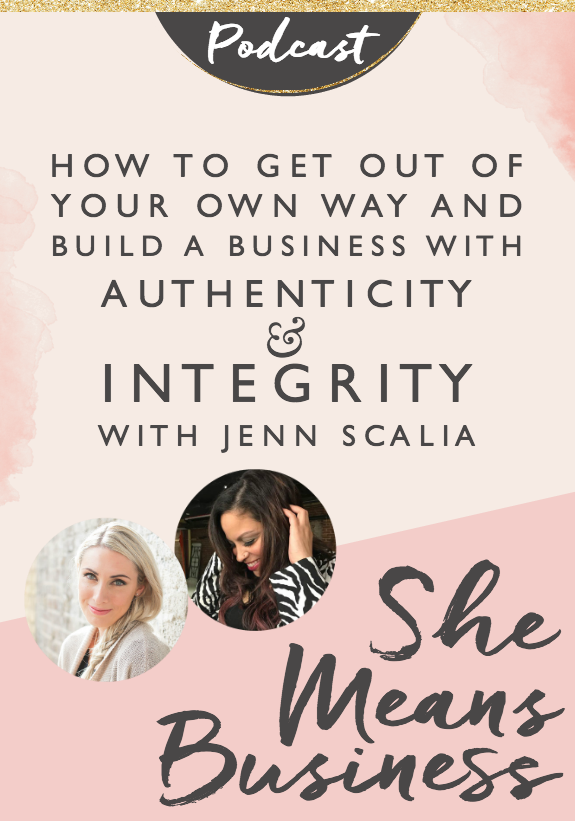 GIVEAWAY: To be in with a chance of winning Jenn’s 5 Day Funnel Mini Course (worth $397) leave a comment below and share your biggest takeaway1

Jenn Scalia shares her inspiring story today – how she went from rock bottom to 7 figures in less than three years. Jenn is a visibility strategist for entrepreneurs who want to make an impact and her main goal is to help others get their story out there in an authentic way. Jenn shares with us today how she built her business despite being an introvert and a single mom.

Unlike many other entrepreneurs Jenn actually loved her job, was making good money and enjoyed the people she worked with. Having a job at a major casino in her area, there was little to complain about. One fate filled day Jenn showed up to work only to be informed that she no longer had a job.

Not knowing where else to turn she decided at that point that she would work for herself this time, but it wasn’t all smooth sailing. Your first year in business is always bumpy and she wants others to know that despite her success today, Jenn’s start was rough as well. Taking her almost an entire year to get her first client, there was a huge learning curve. Thinking there had to be an easier way, she made her first large investment in her business and herself and hired a coach. At $7500, the price for her new coach wasn’t the easiest to swallow. She quickly realized she had better take it seriously and put the petal to the metal. Jenn credits this as a huge turning point in her business.

It’s easy to let ourselves down when we work as a solopreneur but having to answer to her coach, Jenn was kept accountable. Doing a lot of the inner work and focusing on her money mindset, Jenn ended up pulling in $35,000 her first profitable year. She realized this was a cap that she put on herself mentally as that was what she  would normally made from a job. The following year, after working on her mindset, she was able to jump to over $500k.

Jenn attributes this to knowing that she was charging what she was worth, giving value and creating content as an expert. Sharing her story of divorce, debt and even moving back in with her parents made her relatable. This helped others be drawn to her that could relate to what she had been to and wanted success for themselves, too. The raw honesty really served her business. In her third year, Jenn got to 7 figures. Getting to that point wasn’t about adding things, but in taking things away. This had a lot to do with removing what didn’t serve her and focusing on what made the business flow.

Realizing that her mindset was what was holding her back was Jenn’s biggest surprise moment on her entrepreneurial journey. She realized that she was the one that had been holding herself back.

Top tips for other entrepreneurs:

Be in with a chance of winning: A Five Day Funnel Mini Course to discover the perfect offer for your funnel and completely build out your first (or next) profitable funnel.  You will also learn what to do once a new subscriber goes through the funnel and get repeatable steps you can use to create as many funnels as you want!  Plus, you’ll receive daily prompts to get you into ACTION!

To enter: comment your biggest takeaway from this episode in the comments below.