How to build an amazing network from scratch

They say it’s not what you know that counts, it’s who you know. Well I’m not entirely sure I agree with that statement, but I do know that having an amazing network can really help you to reach your goals. I don’t think you have to be special or be really successful in order to build a close network of really successful, influential and like-minded people. I believe that anyone can build an incredible network from scratch, because that’s exactly what I did a couple of years ago when I started the Female Entrepreneur Association.

Back in 2011 when the Female Entrepreneur Association was just an idea in my head I had a network of zero. I didn’t even really know any other female entrepreneurs, which was kind of a problem considering was trying to share stories about women who had turned their idea into a successful business!

My problem was that I thought networking was all about selling and I hated the idea of going along to events where everyone was just trying to sell. In fact, when I was running my first business I never went to one single networking event! The truth is, I got it wrong. Networking is actually about building relationships with people. 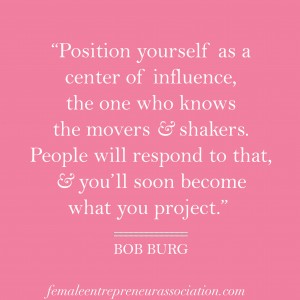 In this week’s episode I share the story of how I went from having no network to building up a powerful and influential network or incredible people who have helped me in so many ways.

I hope these steps help you, please leave a comment below and share your tips and advice for building a network!