If you’re stalling, try this…

Have you ever been in a situation where you know there’s a problem or a block, but you don’t want to face up to it and so days, weeks, months, possibly years pass by and you’ve not managed to get passed it. Every time someone calls you out on it you get annoyed and defensive and you tell them all the reasons why they’ve got it wrong and why you’ve not been able to make progress or do the things you needed to do.

This has happened to me a lot and when people would call me out on my faults or the things they could see weren’t working it would make me want to say, “I work really hard and I’m doing my best, the reason that hasn’t happened yet is because of X, Y and Z and there’s nothing I can do!”

The truth is, the reason it riled me so much is because I knew they were right and I didn’t want to admit it to myself… sometimes it’s easier to blame everyone and everything else rather than take responsibility and look at your own faults. The problem is that failing to take responsibility doesn’t really get you very far!

When I realised all of this I made the decision that I wanted to be honest with myself, I wanted to take responsibility fast, so that I could move past problems and blocks quickly. I started to do this by developing a belief that I was accountable for what was going on in my life – I was going to be the one that called myself out. The way I do this is by having an ‘honesty meeting’ with myself at least once a month.

In my honesty meeting I sit down with a pen and a piece of paper and I write down all of the things which aren’t really working – all of the things which aren’t going right, or things which I feel are blocking me from making the progress I want to make. Once I’ve written it all down I then ask myself why it’s happening. I’ve found that the more honest with yourself you can be, the better! More often than not I realise that the problem is myself and just by acknowledging that I can then start to adjust my behaviour so that I can move past it.

Having an ‘honesty meeting’:

Once a month (or once a week) sit down with a pen and paper and ask yourself these questions:

It’s also good to do the same exercise, but looking at what’s going right – often when you analyse what’s you’re doing really well you uncover your own success formula, which you can then apply to the things which aren’t going so well. 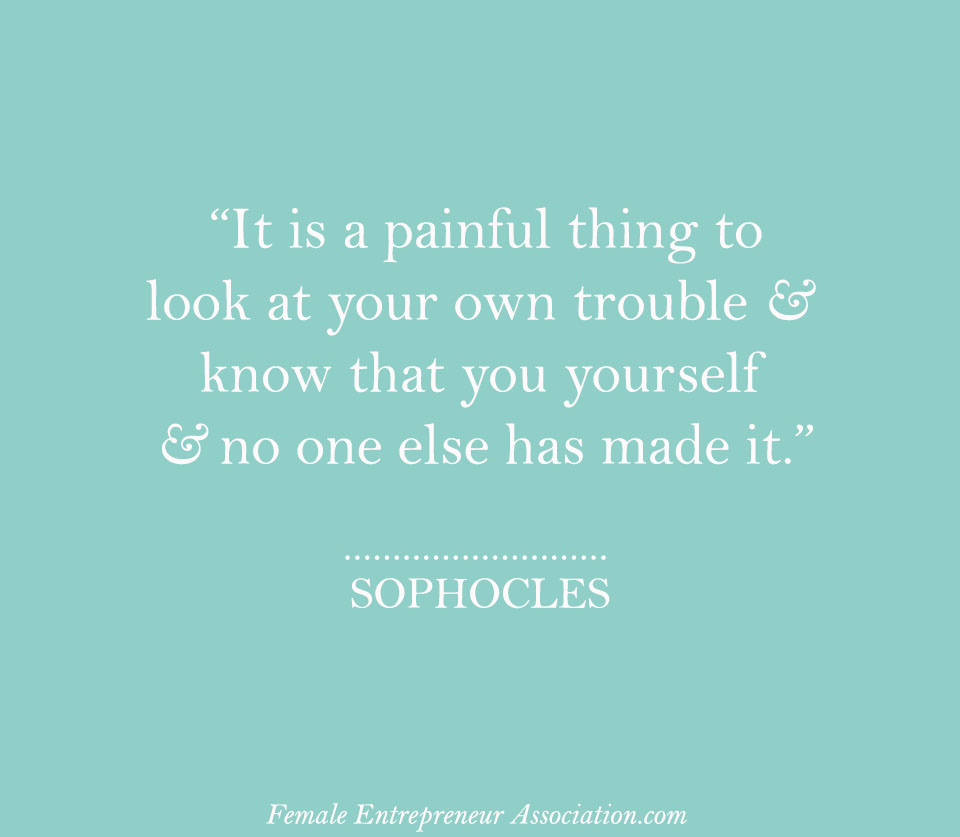 Acknowledging personal faults can be a really bitter pill to swallow, but I’d rather face up to reality so I can move past it, rather than carrying around my faults and problems with me and letting them hold me back.

So, become the CEO of your own life and take responsibility for making incredible things happen!